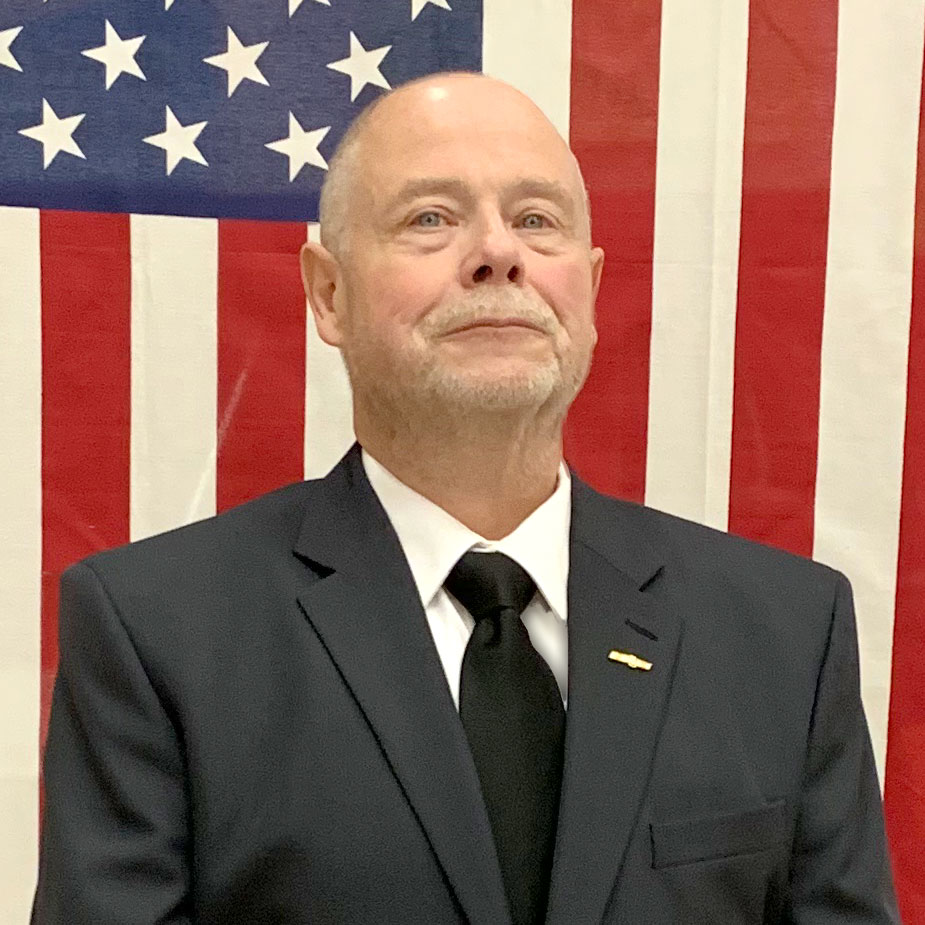 Born in Jackson, Michigan on May 19, 1955. Graduated from Jackson High School in 1973 and attended Jackon Community College until 1977.

Started TKD at the Y-Center in Jackson under Grand Master Tae Z Park 12.2.74. Attended classes through the Y-Center and Jackson Community College for 4 nights a week with 3 – 4 hours of practice a night.

Moved to Grand Rapids, MI in February of 1977 with a friend and alumni of GM Park’s, Master Kiwan Hong. Master Hong had been teaching in L.A., California for 4 years previously. In October of 1977 he moved back to L.A. For personal reasons.

President and Founder of Good Institute of Tae Park Tae Kwon Do in West Michigan February of 1977.

First tournament director for the Tae Park World Class Championships in 1995 open to all ranks with 463 competitors.

Has trained students that have competed (some successfully) in the USA, Asia, Europe, and South America.

GM Good has traveled to the following countries for Tae Kwon Do: Korea (five times), Spain (once), China (nine times). Visited the city of Shaolin which has two temples. One being the famous “Shaolin Temple” you probably saw on the tv show “Kung Fu. Also in the USA to various states for seminars and tournaments and promotion testings.

GM Good has had several students travel around the world to compete and win gold, silver and bronze medals. Some of those countries have been: S Korea, Viet Nam, Australia, Peru (several times), Brazil, Spain (2), China, Philipines, Canada, Hong Kong, and all over the USA.

Currently has 15 locations under his direction in West Michigan, Rochester (NY) and Webster (NY)

Advisor to Grand Master Tae Park and to the Board of Directors for World Class Tae Kwon Do.

JGM Good had been working for the United States Postal Service since 1986 but retired from there on 8/31/2012. His families history of working for the USPS dates back to his father’s father who started there around 1920 and thus now Mark is the last in a long line of Good family members working there. Since retiring from the USPS he is devoting even more time as an advisor to all those Instructors and students under him and in Tae Park Tae Kwon Do.

Pay for it with hard work, sweat, and determination. Not with the almighty dollar, by knowing someone, or because you are pretty or famous. He believes you do Tae Kwon Do. One does not play or dance Tae Kwon Do.

Grand Master Good’s philosophy is:
You get what You earn. 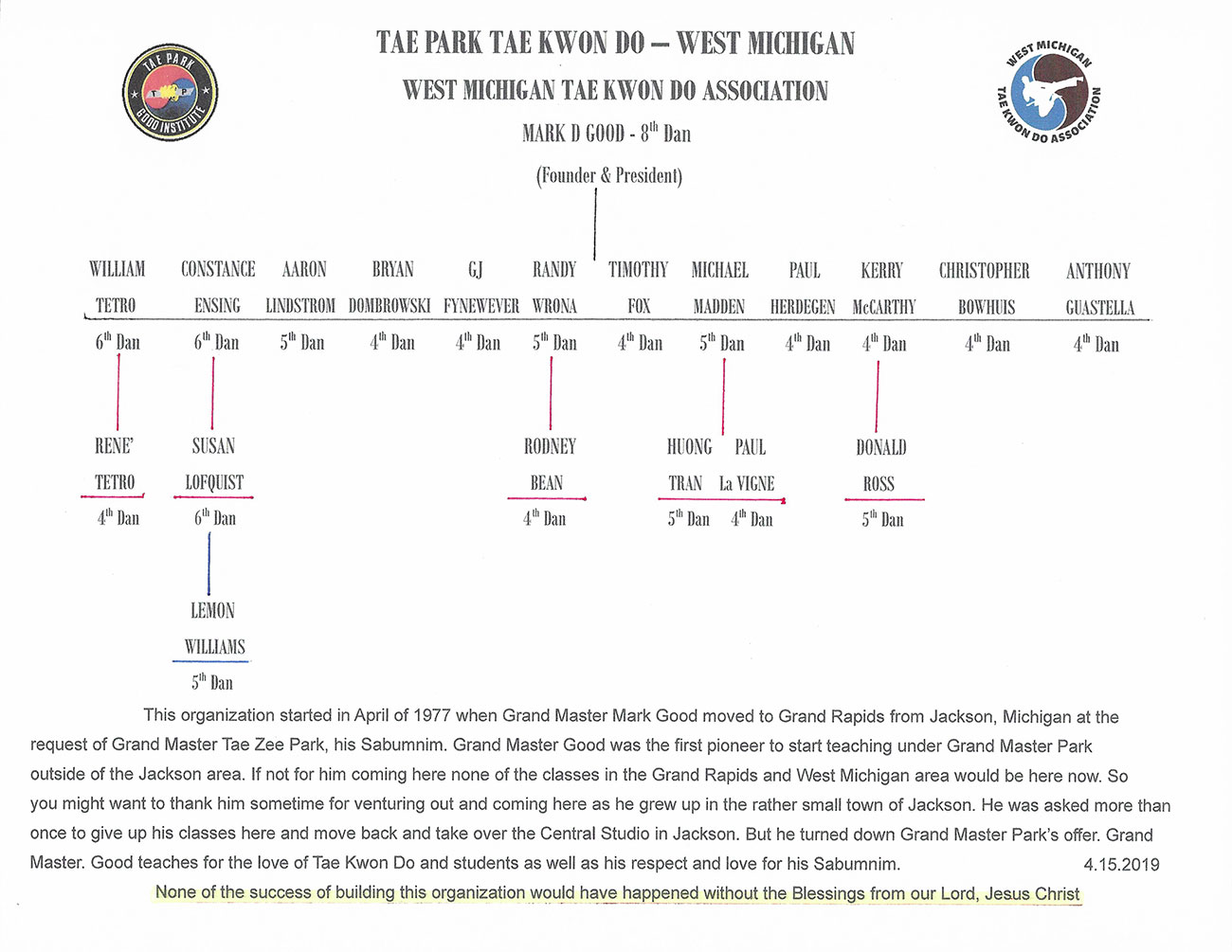